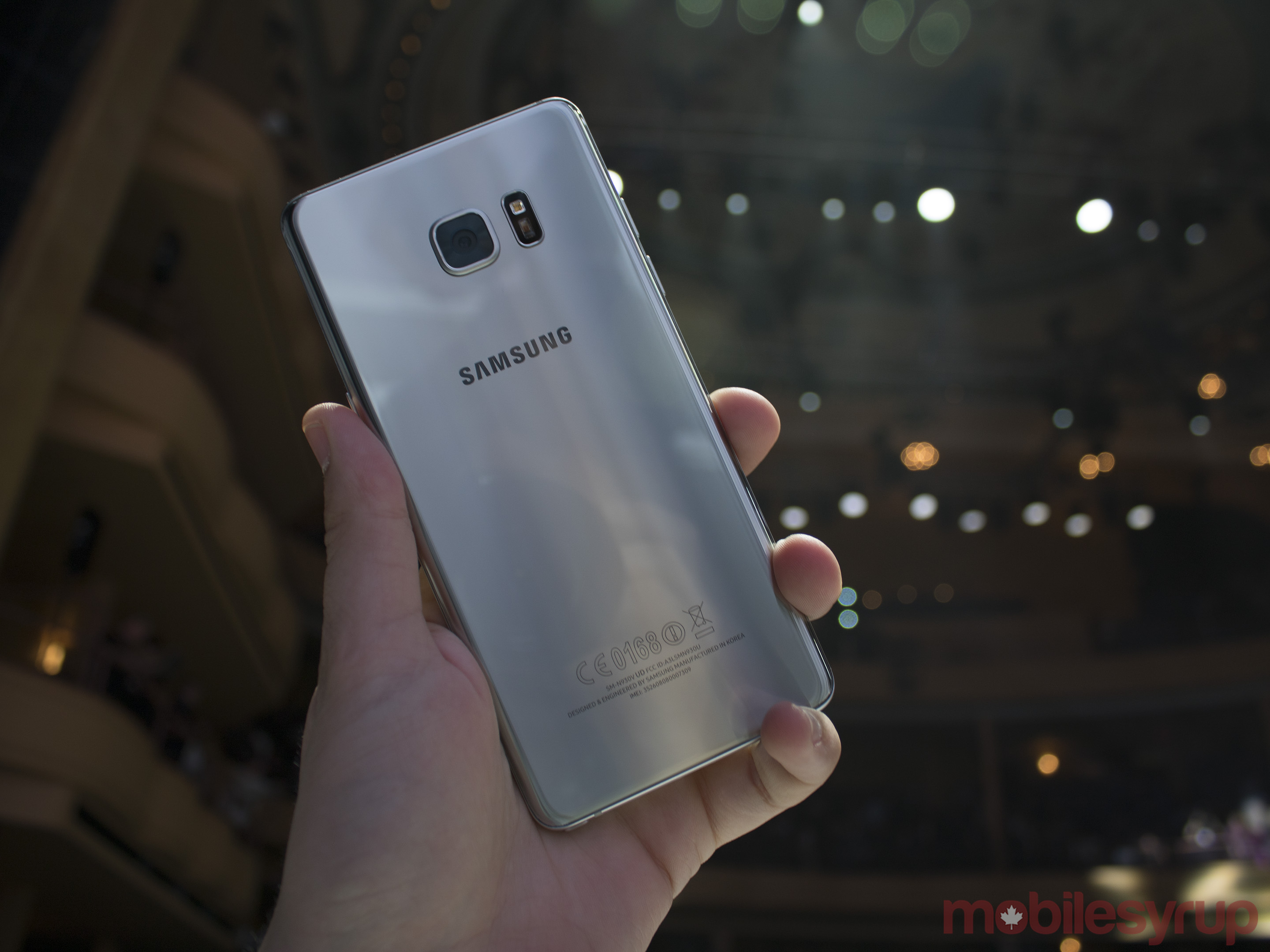 The much-anticipated next iteration of Samsung’s often-groundbreaking Note line was finally revealed today at an event in New York City by mobile chief D.J. Koh, and the envelope-pushing feature it brings with it this year is an iris scanner.

This development adds another layer of biometric authentication to the phone’s already significant security chops, using the front-facing camera to immediately identify a user’s eyes and log them in upon waking the phone. 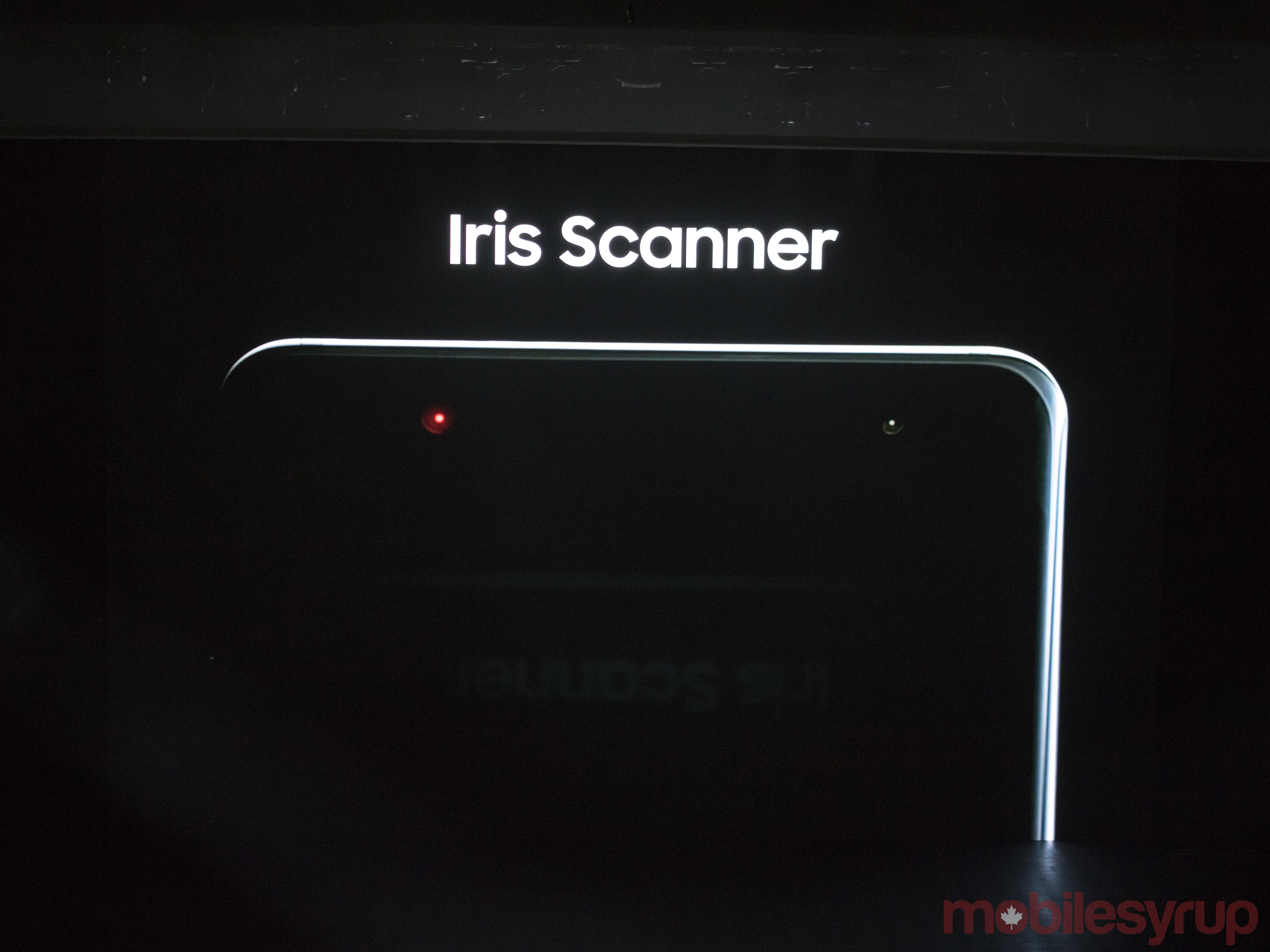 Other than the implementation of iris-scanning, one of the Note 7’s most notable features are its double curved edges. Samsung is offering no other version of the Note 7, meaning those who don’t want a curved edge smartphone will have to look elsewhere.

This may prove to be a divisive choice, considering a vocal segment of its online fanbase have expressed dissatisfaction with curved screens, noting awkwardness and difficulty in sourcing protective cases, amongst other qualms.

As for technical specifications, though the Note 7 was rumoured to contain as much as 6GB of RAM, it actually carries 4GB — more than enough for most tasks, yet perhaps slightly disappointing in that it’s no improvement over its predecessor, the Note 5. 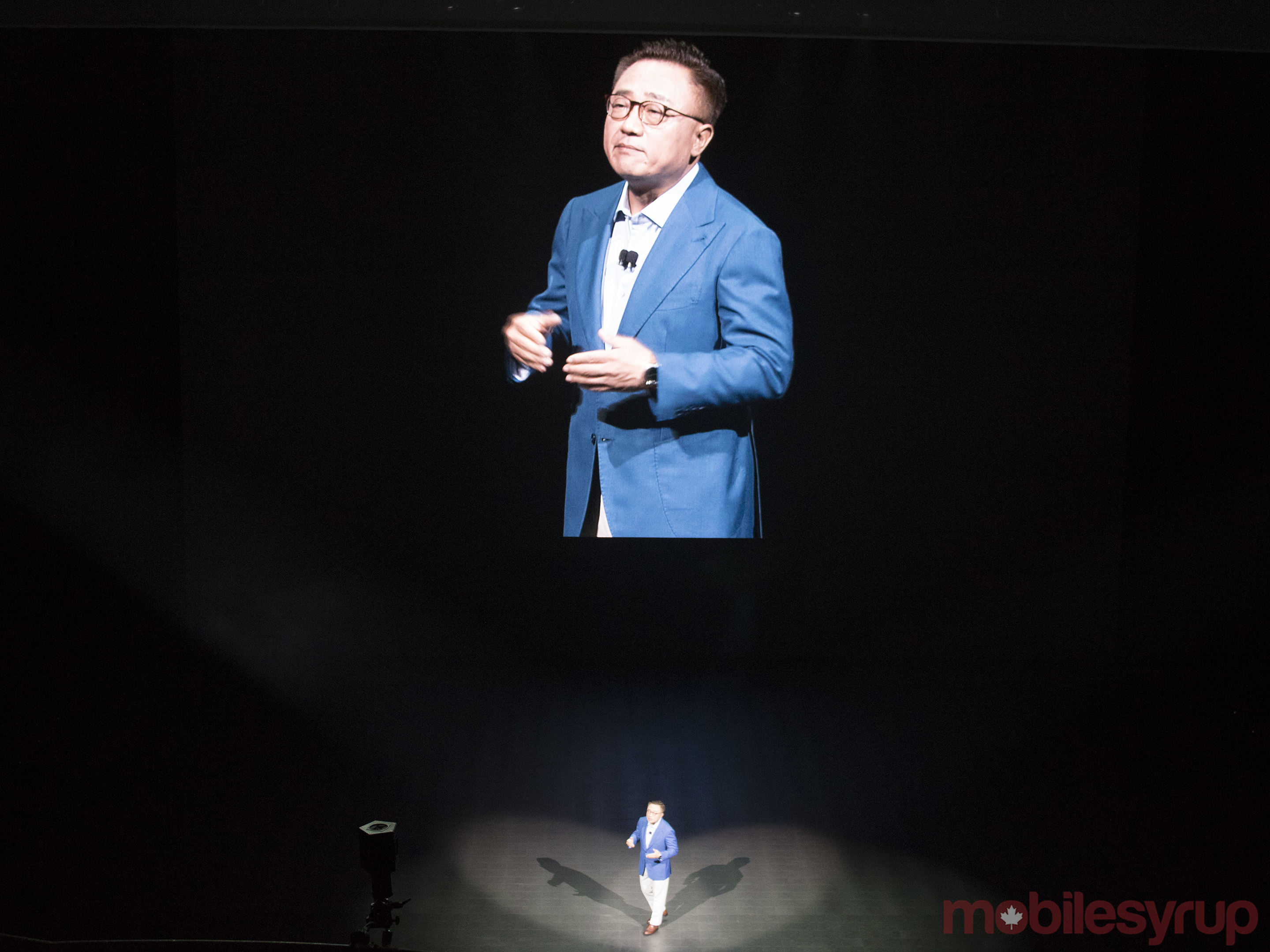 The Note 7 will be running on the quad-core Snapdragon 820 processor in Canada and the U.S.

The Note 7 will also start at an impressive 64GB of internal storage, capable of expanding to 256GB with the use of a MicroSD card. Out of the box the device runs Android 6.0 Marshmallow, with an upgrade to 7.0 Nougat expected to come shortly after the new version becomes available.

Its battery comes in at 3,500 mAh and is equipped with fast charging and wireless charging technology. 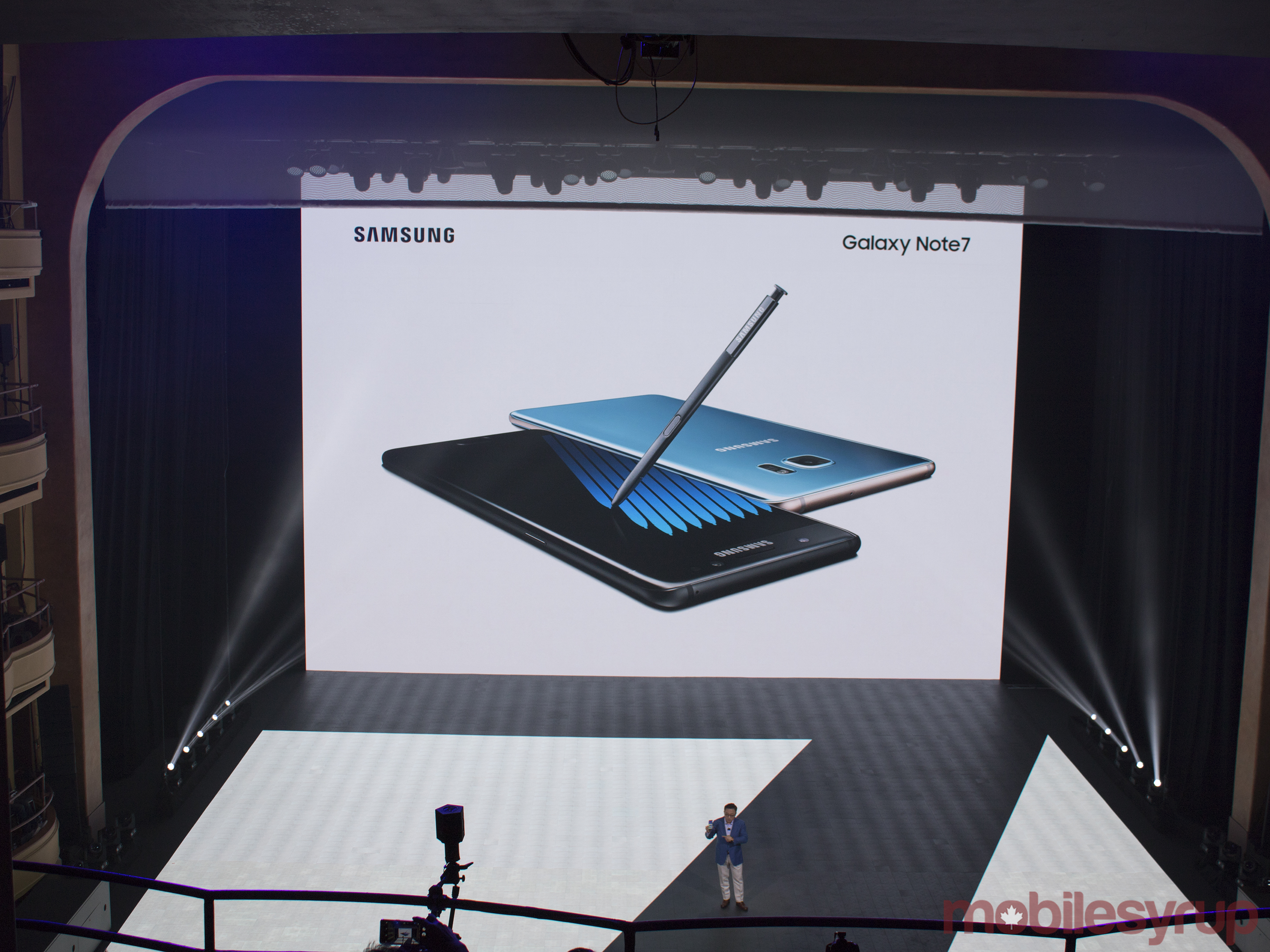 When it comes to the camera component, the Note 7 is set to be a great night shooter with a f/1.7 12MP rear-facing camera with optical image stabilization (OIS), and will shoot 4K video. In comparison, the Note 5 had a 16MP camera with f/1.9 and OIS. The selfie camera on the latest Note iteration is capable of 5MP shooting.

As for hardware features, it has an IP68-rated level of water resistance, USB Type-C port and front-facing fingerprint sensor. It weighs in at 168 grams, lighter than the Note 5 by three grams, and measures 153.5mm x 73.9mm x 7.9mm.

Additionally, Samsung has made improvements on the S Pen. The new pen tip is about 60 percent smaller than its predecessor, measuring 0.7mm. This allows for a higher degree of accuracy.

The Note 7 will be available in Canada starting August 19th, 2016. Expect a review of the Samsung Galaxy Note 7 on MobileSyrup in the next few weeks.

Update 08/08/16: This article previously stated the phone carried the Exynos 8890 chipset, inline with the majority of Samsung’s global markets. Samsung Canada has updated MobileSyrup that the SoC will in fact be the U.S. variant, the Snapdragon 820.