Samsung’s “Next Gear” will have a 1.65-inch circular display, a metal frame that will help with OS navigation 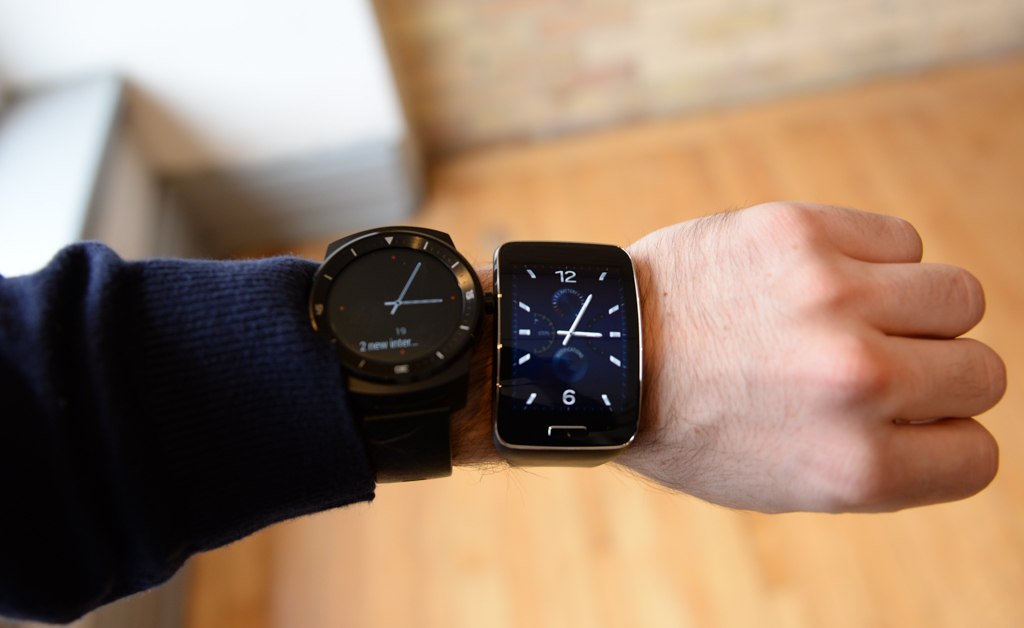 Samsung today released its next-gen Gear smartwatch SDK to developers, and along with it came some new details on the “Next Gear.” 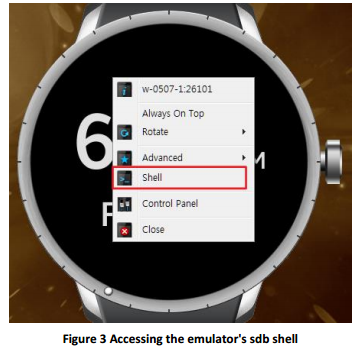 While we’ve known for some time that the company’s next watch will feature a round face, the documentation that comes with the SDK hints at several other details. According to the documents, Samsung’s internal name for the device is Project Orbis. It currently features a 1.65-inch 360 x 360 resolution (305 ppi) resolution touchscreen display.

Additionally, it also seems that Samsung will release Orbis with both WiFi and cellular connectivity, as well as a GPS chip, an accelerometer, a heart rate monitor and an assortment of pressure and magnetic sensors.

Apart from the round watch face, Samsung’s next smartwatch could possibly have a metal frame and crown. One noticeable key feature seems to be the fact that the watch perimeter will act as a navigation tool with the ability to turn left or right, which is different from how, say, the Apple Watch operates with its Digital Crown.

See the chart below for a comprehensive breakdown of how the next Gear differs from its predecessors. 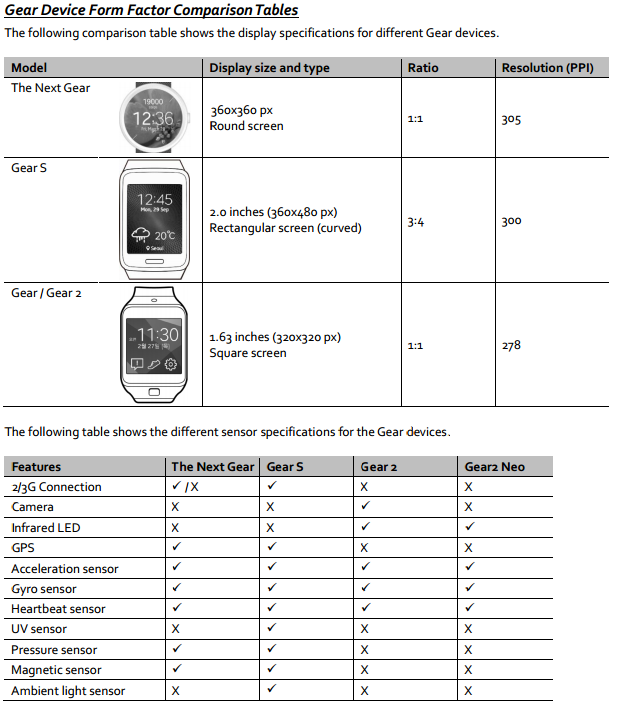 It’s also interesting to note that the Next Gear won’t have an ambient light sensor, which improves battery life by dynamically adjusting screen brightness in well-lit environments. A cellular version of the Next Gear also seems to be in the works, and it looks like all versions will have GPS and a heartbeat sensor.