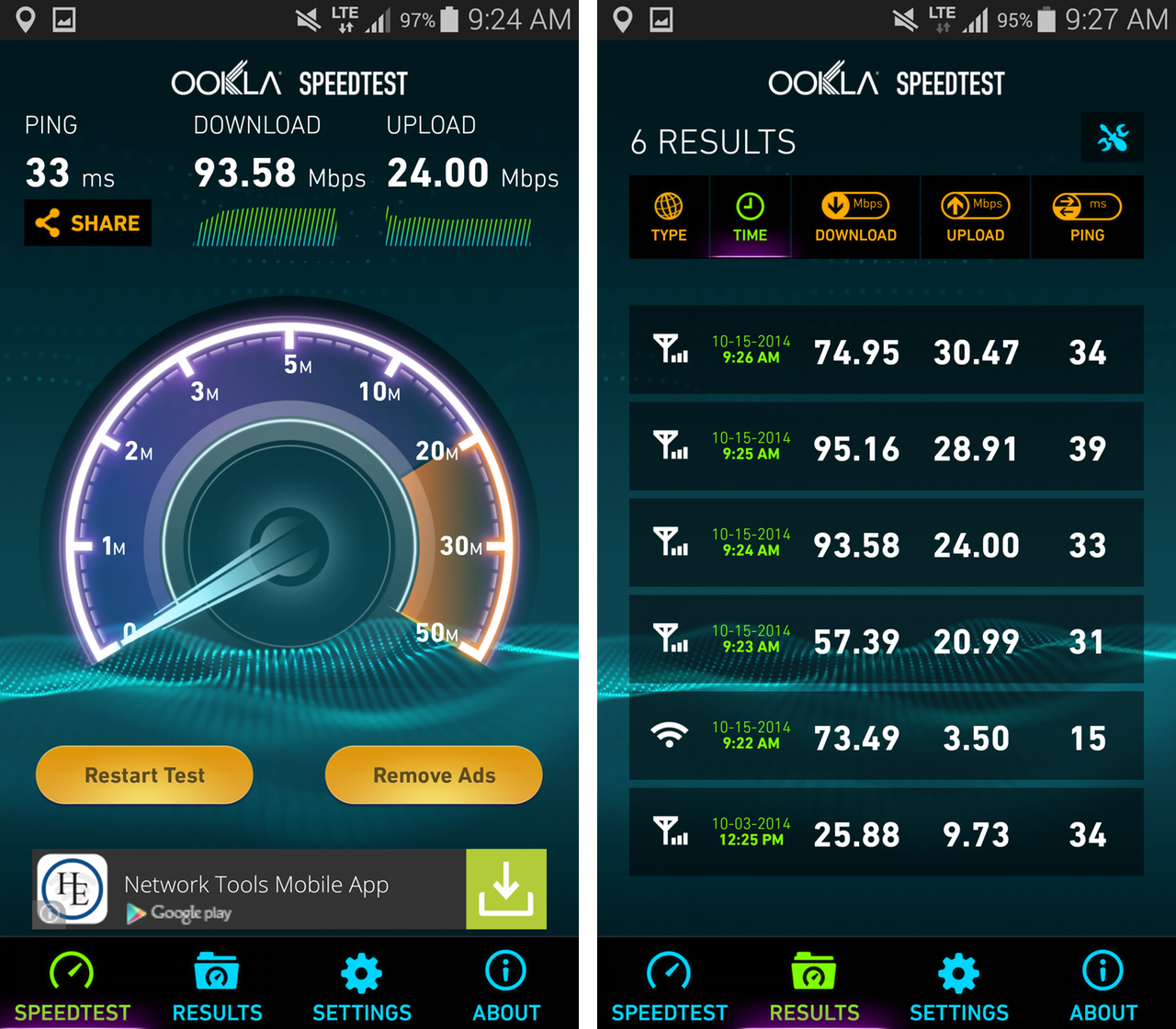 Rogers has rolled out a feature of the Category 4 LTE-Advanced spec called carrier aggregation.

Available in 12 cities at launch — Vancouver, Edmonton, Calgary, Windsor, London, Hamilton, Toronto, Kingston,Moncton, Fredericton, Halifax and Saint John — it allows Rogers to use its newly-deployed 700Mhz spectrum alongside its existing AWS LTE sites to support up to 150Mbps in the downlink.

While the company was already achieving 150Mbps in some markets using 2x20Mhz Band 7 (2600Mhz), this new carrier aggregation deployment enables Rogers to deliver higher speeds more efficiently, in denser areas. Only certain devices support this new LTE-Advanced spec, though: any device with a Snapdragon 801 chip or newer, plus the new iPhone 6 and 6 Plus, support carrier aggregation through the Qualcomm 9×25 Gobi modem. Prior devices will still connect to Rogers’ LTE network at a maximum of 75Mbps in the downlink.

Rogers is using its new speed to deliver, of course, more consistent mobile video performance (NHL hockey on the go, anyone?), citing an impressive 650 terabytes streamed to 80,000 people in just the first two weeks of the NHL season.

Rogers reported its Q3 2014 earnings yesterday and data revenue surpassed voice revenue for the first time. The company now claims 9.5 million wireless subscribers, with 77% of its postpaid user base owning a smartphone.

Rogers-sold devices compatible with the new carrier aggregation include:

Other devices compatible with carrier aggregation include:

We’ll update this list with more devices as they become known.