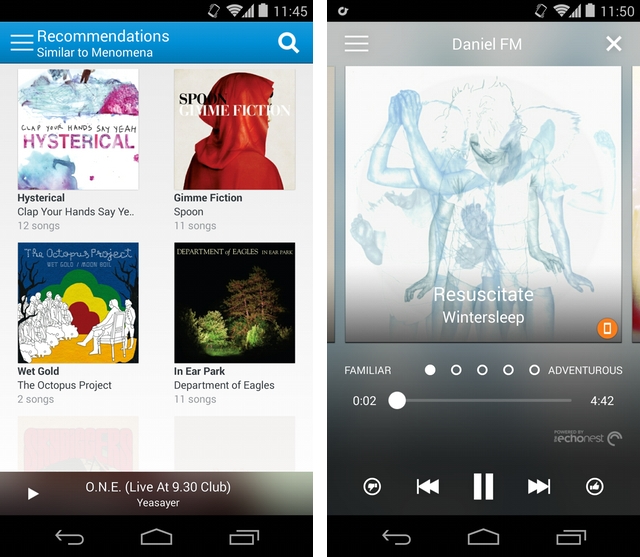 Rdio usually updates its iOS and Android apps with new features and design improvements at the same time, but recently Apple’s OS received a couple important new features before Google’s.

That has been corrected now, as this week Rdio updated its Android app with a new Recommendations pane and a new design for its Stations player.

Recommendations taps into The Echo Nest’s comprehensive database of artists, using your listening history to suggest artists and albums that may be to your liking. It’s eerily accurate, and extremely useful when you don’t know what to listen to, but don’t want to let Stations create an individualized playlist.

The new Stations design shows the last track and next track to the left and right of the current song, respectively. It’s a subtle but important change, as it lets users swipe between tracks easily.

Also included in this new version are a number of bug fixes and performance improvements, which are well received.