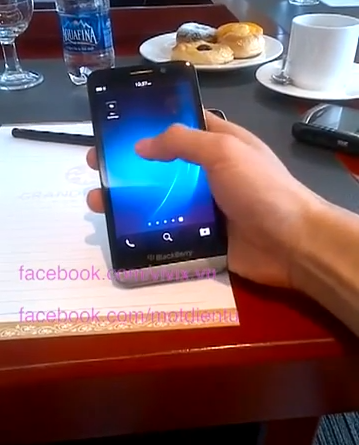 BlackBerry is on tap to launch a new smartphone in the coming months. The A10 will is rumoured to be the 4th BlackBerry 10 powered device and a picture of the so-called powerhouse leaked online earlier this week. Video always tells a better story and a short 29-second glimpse at the A10 Aristo has found its way online. Sure looks like a 5-inch BlackBerry is en route… you like?