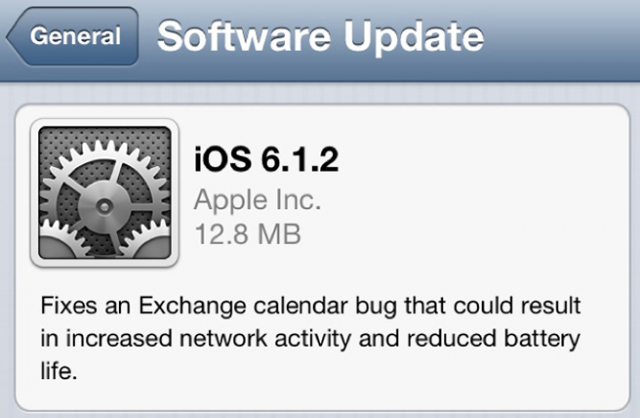 Apple has pushed out an update to iOS version 6.1.2 (Build 10B146) over-the-air update – this fixes the Exchange calendar syncing bug that reportedly dragged down the battery life on the iPhone. No word yet if this update also includes a fix for the screen passcode exploit that was discovered last week.