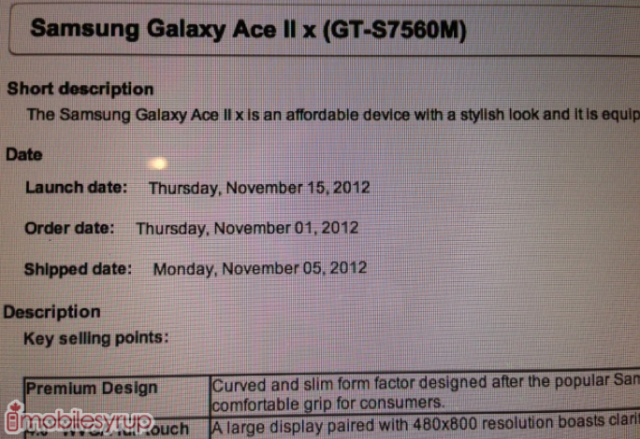 Another Galaxy device is heading to Canadian soil soon. We first let you know that the Samsung Galaxy Ace II would land on Virgin Mobile, but it seems that it’ll also hit other carriers. According to the internal doc we received it shows Bell will release this Android-powered Ice Cream Sandwich device on Thursday, November 15th.

The general design looks like the Galaxy S III, but specs of the Ace II – which is now considered an entry-level device – might be something consider as it has a 4-inch display (480×800), 1GHz single core processor, 1GB RAM, 5MP camera & VGA front facing camera, 1500mAh battery and will come in Cobalt Black and White. We’re also hearing that the price will be about $250 outright.