Official: Here’s a list of Bell Android devices getting upgraded to OS 4.0 (including timelines) 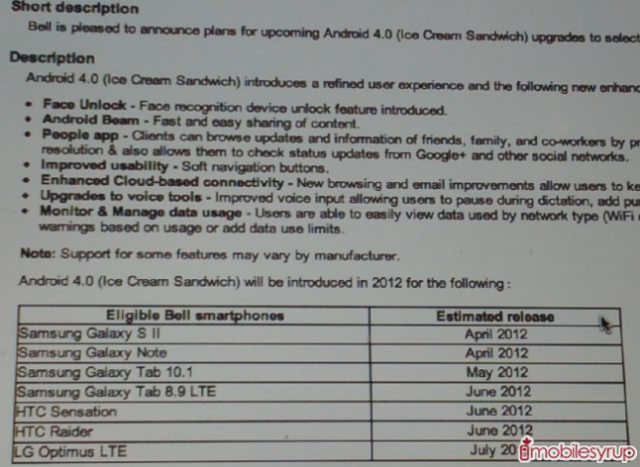 It can be a frustrating experience waiting for a carrier to push out a major OS update, such as Android OS 4.0 Ice Cream Sandwich. This is a desired OS and many devices have been promised an boost up to ICS, but it’s certainly taking it’s sweet time. At the end of December we posted an internal Bell doc that showed “Estimated Release” dates of OS 4.0 for a few Android (Sensation, Galaxy SII, Raider and Optimus LTE). Now we bring you the mother load of updates coming to Bell “Superphones”. Bell states that “Support for some features may vary by manufacturer”, but here’s the list that will be graced with ICS soon. The fun starts sometime in April:

We’ll have more info as we get it.
(Thanks tipster!)