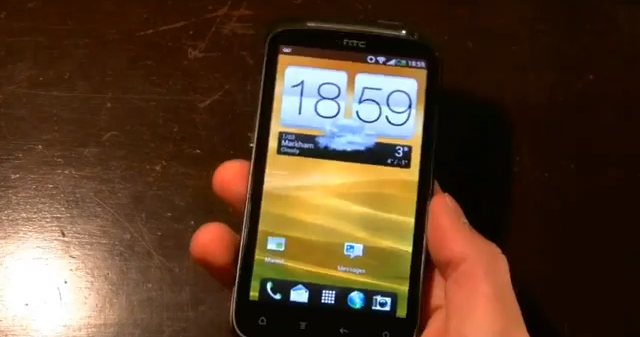 Here’s the first in our occasional series Custom ROMantics, where we look at beautiful, creative and high-performing custom Android ROMs from around the commuinity. Today is the HTC Sensation running a modified version of the leaked One X ROM. The Virtuous team, one of the best and brightest in the Android community, has been endeavouring to do what HTC won’t: bring new software to aging hardware. They got their start by bringing Android 2.3 and Sense 3.0 to the HTC Desire Z and Desire HD, and have expanded from there.

The S4X ROM is based on the leaked HTC Endeavour RUU 0.96.401.2, which we know now to be an early build for the HTC One X. Not everything is as up-to-date as the build we saw during Mobile World Congress, but until we get a retail ROM this is the best idea of what Sense 4.0 will look like on an older device. There are rumours that, despite being upgraded to Android 4.0 later this year, older devices like the Sensation and EVO 3D will not see the feature improvements of Sense 4 but instead be bumped slightly to Sense 3.6.

Right off the bat you can see that, however buggy the ROM may be, Sense 4 runs just fine on the Sensation. Features like video playback and the camera do not work due to driver issues with the Qualcomm Snapdragon S3 chipset, but those kinks should be worked out when retail versions of the One S are brought to market.

In this ROM we take our first look at some new apps built into Sense 4, including Tasks, Notes, PDF Viewer, Video Editor and the new Car Mode. The launcher and home screens have a flatter look to them, and are more customizable. Once a retail ROM leaks from the HTC One S, which has the same screen resolution as the Sensation and EVO 3D, I’d imagine Sense 4 to run much more smoothly, and without too many driver issues.

For now, though, this is a work in progress, and it takes a bit of work to get running properly.

Disclaimer: You will not find support for this, or any ROM, in the comments of this thread. We are merely showing off the ROM and giving cursory instructions on how to download and install it. Head to XDA-Developers for more details. If you’re not comfortable messing around with your phone’s software, we recommend that you don’t. We cannot be held liable for any damage you may cause to your phone.