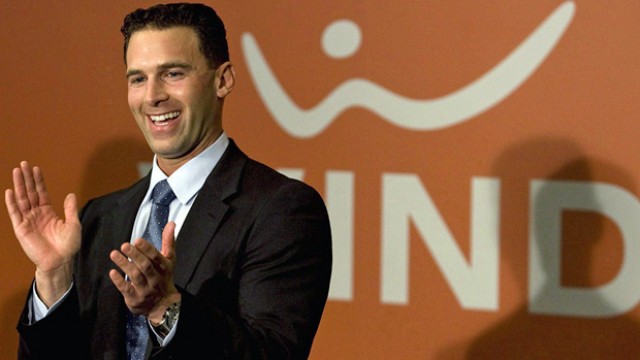 There’s a great interview today on the website Cartt.ca titled “Wind Mobile CEO Anthony Lacavera talks competition, regulation and the upcoming auction”. Greg O’Brien had a conversation with Tony Lacavera and there are some choice quotes about the above topics. We’ll break them down for you but you should really head on over a read the entire transcript.

WIND recently announced its Q2 2011 results and have brought on 317,000 subscribers, their goal has always to enroll 1.5 million subs within 3-years of launching their service. Just a couple weeks ago they opened up in the Kitchener-Waterloo area, their 6th WIND Home Zone – Toronto, Calgary, Edmonton, Ottawa and Vancouver are the others. Next on tap is coverage in Guelph, Cambridge, Peterborough, London, St. Catharines and Niagara.

Lacavera on the departure of Ken Campbell, taking over the role as WIND CEO:
“I just felt it was time to bring the structure together. Given the overall convergence in the industry, it was time to point our organization in one direction… There’s also a great complementary opportunity in terms of the customer base where we can sell wireless to the fixed line customer base and fixed line to the wireless base… Ken was there for three years and did a great job getting the business out of the gate… But obviously I wanted more customers, more sites, more stores.”

Lacavera on new coverage areas:
“Cambridge and Guelph will come online in the next 30-60 days and then we’re going to continue down the 401 to London, Chatham and Windsor.”

Lacavera on expanding and bridging the Globalive, WIND and Yak brands together:
“we’ll have Wind and Wind Business Solutions. Those will really be the brands. Nothing is definitive but that’s the logical direction for us given the investment we’re making in the Wind brand.”

Lacavera on their subscriber numbers:
“I’m not thrilled with the subscriber results but I don’t think we could have done anything different given all the uncertainty that was imposed on us by the regulatory question and the Telus legal action. I say Telus because it was lost largely in the media that Telus was leading that. It was Public Mobile in front, but in my opinion, it was all Telus behind it.”

Lacavera on wireless competition in Canada, specifically the Mobilicity all-in $25/month plan:
“That was in response to our $29. Awesome. Look, obviously the pricing is irrational and not sustainable… It’s insane. We came very aggressive with $29, but they need it. It reeks of desperation”

Lacavera on the upcoming 700Mhz Spectrum Auction:
“We’re coming close to LTE being where everyone is playing and that is where 700 MHz comes in, so that’s what we’re focusing our attention on – the 700 MHz auction… The 700 auction is, truthfully, more critical than the AWS was. It’s the most critical next step for our business. We must be allowed to acquire spectrum in that auction at a fair price”

Lacavera on their handset lineup:
“we’re not satisfied. AWS is a problem for handsets. We don’t have the same selection. It is widening and we have enough, but the range is not as wide as we would like it to be. And of course on the iPhone question, AWS is not supported by the iPhone. We’ll see what happens with iPhone 5, which looks like an October time frame for its release, but I’m not holding out any hope…Not having the iPhone hurts, but it’s really interesting to see how quickly Android is gaining… But, we have a lot of very good Android phones and obviously in Canada, the BlackBerry is very popular.”