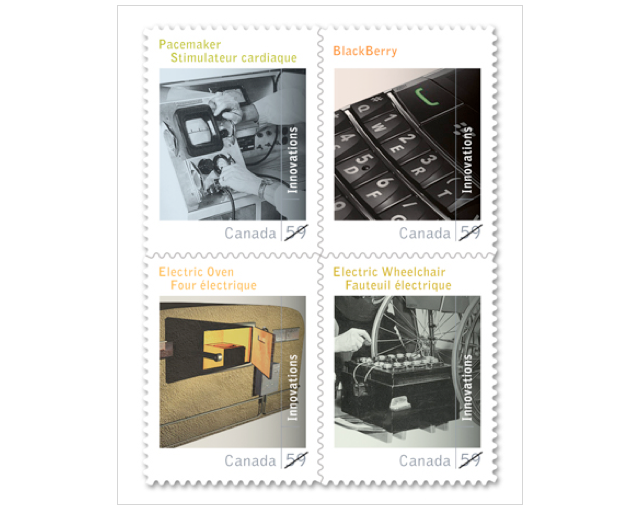 Forget the recent William & Kate commemorative stamps. RIM’s BlackBerry smartphone has been immortalized on ink in the Canada Post “Made in Canada” inventor series. In total there are four inventions that were honoured: Electric Oven, Pacemaker, Electric Wheelchair and the BlackBerry.

Curious why the BlackBerry smartphone made the cut? In the description it was because in “1999, when Research in Motion (RIM) founders Mike Lazaridis and Jim Balsillie introduced the now iconic BlackBerry. Their invention freed information workers from their desks and changed the way the world communicates. Subsequent versions and continuous innovation have kept RIM and its BlackBerry device a front runner in the massive smart phone market.”