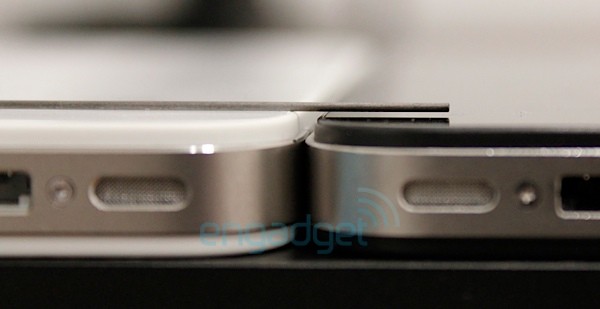 So the story continues… Apple finally released the white iPhone 4 and it apparently turned out to be slightly thicker than the black version by an unconfirmed 0.2mm. Apple has not publicly commented on the size differences but those who purchased the device have demonstrated many ways that the white version is in fact bigger.

Philip Schiller, Apple’s SVP of Worldwide Product Marketing, stated they spent the last few months working on the white iPhone 4 to make sure they got “every detail right”. Well, iOS developer Ernesto Barron sent Schiller a tweet asking him if all the rumours were true about the size difference. Schiller responded with a direct message that read “It is not thicker, don’t believe all the junk that you read”.

True, you don’t have to believe all the “junk that you read”… but doesn’t the picture show the truth?