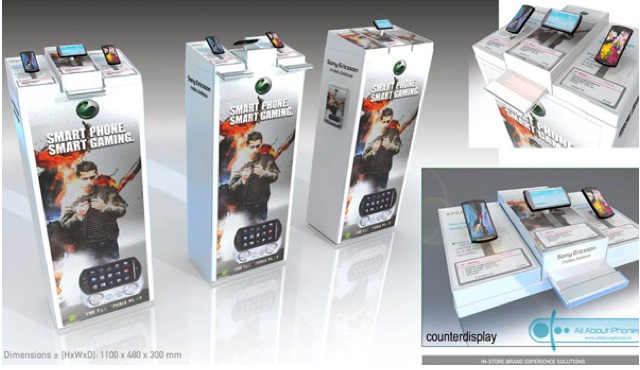 Sony Ericsson has had their share of leaked devices over the past few months. One of them is the anticipated PlayStation Phone. This has rumoured to be joining the Xperia family lineup and be called the “Xperia Play”. Today an image of a display booth has surfaced that shows the use of the Xperia Play name plus a “Smart Phone, Smart Gaming” tag line. Noting earth shattering… just another step forward. I’m sure everything will be revealed at their Mobile World Congress announcement on February 13th. Also, there is another quick video review and now a leaked commercial of the Xperia Play after the break.

Source: Engadget
Via: All About Phones
Commercial via: Phandroid