Videotron recently launched their new 3G+ network and and has been raising havoc by forcing other carriers to create an Unlimited Quebec plan. Today they have released a slew of new devices: The LG Wink, LG, dLite and the Android powered Motorola Spice…. so 2 entry level devices and and Android 2.1. Decent additions.

Update: it seems that the devices have been taken down from their website. We managed to grab a couple screenshots of the dLite and Spice for additional proof.

Update #2: Videotron will also be releasing the BlackBerry Curve 3G 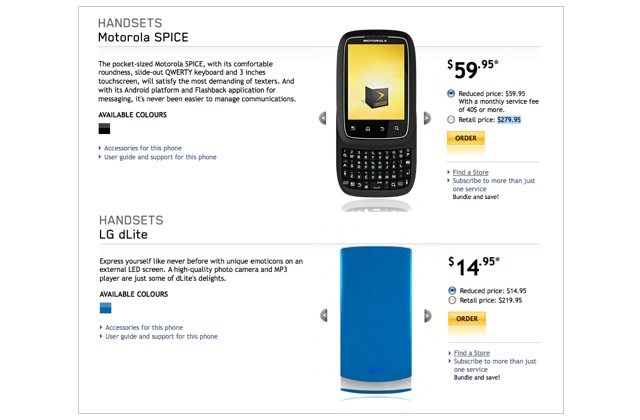 You can check them out here at Videotron
(Thanks Marcel!)