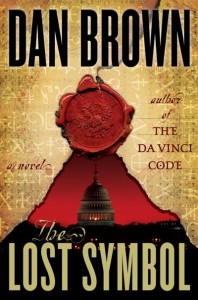 About a month ago Shortcovers announced they wold be carrying the anticipated new ebook by Dan Brown called “The Lost Symbol”. I’m pretty sure they are thrilled as this was their biggest sales date (no word on exact numbers). The book is selling for $9.99 USD and $11.99 CAD.

Shortovers CTO Michael Serbinis said on the company blog “In just one day, Dan Brown’s new book, The Lost Symbol, sold more eBook copies than the last one and a half months of Stephanie Meyer’s hit Twilight series… This will easily be the biggest eBook of the year, and perhaps the biggest eBook so far”.

In addition, he gave some additional stats on the Lost Symbol to date:
– Pre-orders became available at 3.01AM EST. The first customer bought it minutes later
– Mobile purchases by platform: 37% iPhone, 31% Palm Pre, 29% Blackberry, 3% Android.
– Yesterday beat our biggest sales day by almost 2X, and the same day last week by 3X.
– We sold more Lost Symbol yesterday than the last 1.8 months of selling the Twilight Series – our number one “category” to date